Got Grit? An NCAA Athletic Trainer on What Star Athletes Can Teach Salespeople About Getting Their Head in the Game 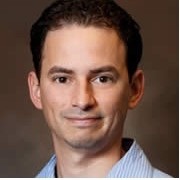 This post is part of Outreach's new blog series, Beyond the Number. We believe that salespeople are more than the number they carry, and that by celebrating the human side of sales, we help salespeople win bigger. Join the movement by sharing this post with the hashtag #beyondthenumber.

Picture it: a light breeze touches your sticky forehead. Cricket chirps fill the air. You breathe deeply, catching the scent of freshly cut grass and packed, damp earth. Your gaze wanders across the field, eyes landing on the rookie walking to home plate. The game is tied in extra innings, and you see exhaustion hanging visibly on the batter’s shoulders. Holding your breath, you brace for a strikeout. But before you can even blink, the first pitch flies—crack. The kid sends it over the left field wall so far that the ball disappears into the night sky.

No matter our ‘field’ of work–baseball or boardroom–we’ve all seen moments like this. The new hire lands the sale that no one else could, or the quiet engineer designs the unimaginably innovative new product. Working with athletes everyday, I see the special quality that arises in the rookies who succeed. It’s the late draftees, those told they’re almost good enough, who often prove the naysayers wrong. Their superpower is grit.

- From trending as a hashtag on twitter to being the substance of a bestselling book, grit has gone viral. Both coveted by bosses and touted as the key to sales, grit has never been more in-demand in the business world. Yet we’ve seen it in athletes of all abilities for years. It’s nothing new in the world of sports. But what is grit? Grit is decision-based. It’s keeping your goal in mind and working through your pain. Here’s how:

The Nitty-Gritty: Tricks of the Trade

We’ve all seen their lumberjack end-of-season beards and Kylo Ren hair. Athletes love superstition. It’s no secret that Michael Jordan wore his UNC basketball shorts underneath his uniform for every single game, or that Serena Williams bounces the tennis ball five times before her first serve. What many fans don’t realize, though, is that superstitions actually matter. The simple act of thinking you’re lucky can give you a “preference for challenging tasks,” according to UCLA researcher Maia Young. And a preference for challenging tasks is the heart of mental toughness. Do you listen to DJ Khaled before an important sales call? Maybe you fist bump your coworkers every morning? If you don’t have a sales superstition or lucky charm, it’s time to get one.

Confrontation is central to sports. Fans cheer at hockey game fights like they would for Roman gladiators. While sales reps don’t throw punches during their day...well, usually...they can relate to rivalry and downright hostility. But you don’t need to be a blood-stained Russell Crowe standing over the the bodies of his enemies to survive. Those with grit thrive in the face of opposition with a surprising tactic: youthful humor and enthusiasm. Even when Yogi Berra suffered some brutal hurdles, he always had “a boy’s full-hearted enthusiasm for baseball.” Being the funny guy or gal not only gets you through the pain, but as Shane Doan, the world-famous hockey player, says, “If you don’t have fun, you don’t have creativity. ... Guys that aren’t as creative feel like it’s a job they have to work at.” Humor is a great defeater of pain, but it’s defeating the pain through humor that opens the doors to creative nuance. And, better still, you don’t need to be the class clown to use comedy in your day. You might initiate a company-wide worst tie competition day, or you might just take criticism with a light heart. Keeping a playful mentality always wins over trying to be funny if it doesn’t come naturally. And that’s a tactic you can use immediately.

Any player who shares the above qualities with their peers creates an infectious success. And when your team wins, you reap the rewards, creating the grit you need to work through stormy times. In his 2013 keynote address, Superbowl Champion Coach Bill Belichick sums it up this way: “mental toughness is going out there and doing what’s best for the team even though everything isn’t going exactly the way you want it to.” Your responsibilities shrink and your focus sharpens. When you work for the team, you stop doing others’ jobs. A pitcher doesn’t contribute to his team by telling the shortstop what to do. A pitcher with grit becomes a reliable pitcher, allowing his teammates to shine in their own light. While narrowing his responsibilities, this also gives him the grit that allows him to come in clutch.

Grit is keeping the baseball in your hand. It’s sleeping with your glove under your pillow.

Athletes play in the mud, in the cold, through pain, on days that there are no crowds, in moments when they seem to fail. Like salespeople, they have to persevere through the gray grind to ultimately claim the highest victory. Go get ‘em.

Francisco Rivera is an alum of Marquette University, and works as an athletic trainer and physical therapist. He has worked with NCAA teams and with the Auburn Doubledays when they were the short season single A affiliate of the Toronto Blue Jays. In his 13 years of experience, he’s worked in many different settings, from inpatient acute hospitals to nursing homes. He has balanced academic, clinical, and on-the-field work, but currently works in outpatient orthopedics.  He currently lives in Montana with his wife and four littles, who are in constant pursuit of adventure.

After A Stroke, My Sales Skills Helped Me Recover. Here’s How.

It was a snowy February, one of the shortest selling months of the year. I was worried about what most salespeople worry about: how my team would ever make our ridiculous fiscal year target when we were so far behind. The next thing I knew, my world went dark. 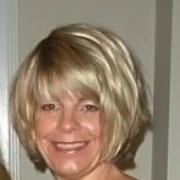