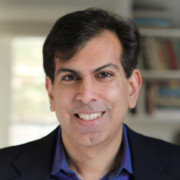 To sustain growth over time, they develop strategies that range from short-term pipeline drivers to longer-term demand creation.

When the pressure is on to grow pipeline quickly, sales prospecting often comes up as a top challenge because so many companies face low response rates.

So what can they do about it?

The 3X Improvement in Response Rates

For some background before you dig in, I founded Growth 11, which provides advisory services and insights to companies focused on accelerating recurring revenue. I’ve grown organizations from $3M to $20M, from $15M to $75M, and from $300M to $450M; served in roles such as GM, CRO, and CMO, and I've advised companies growing 100-200 percent per year.

As a part of this work, I’ve seen firsthand the data around pipeline generation programs — what’s worked and what hasn’t.

Sales prospecting goals are typically (1) to improve the response rates by making outreach messaging more targeted and relevant; and (2) to increase volume to achieve the numbers they need to feed the pipeline. But many teams have difficulty scaling their outreach efforts because salespeople are manually sending out emails and making phone calls.

Savvy leaders recognize this, and as a result, a number of companies use marketing automation systems to automate tedious tasks and create scalable programs. This approach provides some benefits, but it doesn’t typically work well for a number of reasons.

By implementing these 4 sales engagement principles at the companies I advise, we have seen nearly a 3X increase in response rates from multi-channel sales outreach, going from around 3% to over 11%..

1. Harness the power of multiple channels

With more and more clutter in our inboxes, it’s getting tougher to get good responses from email alone.

Several of the companies were seeing response rates in the 3% range, primarily only from email messages. To increase response rates, we architected a program that combined emails with phone calls.

We leveraged Outreach, which allowed us to create cadences of emails, perfectly timed phone calls, and direct mail options via sending platforms. Initially, we focused just on email and phone calls, but incorporating gifts into the cadences should further improve response rates from our top targets.

2. Automate, but with a natural prospecting pattern

By setting up sequences and allowing reps to add people into the sequences, we achieved a more natural pattern than the marketing automation system. For example, we could send an initial email, and then a message two days later saying “following up…” with the original located underneath it, structured as a forward — just as a sales rep would do when manually forwarding a message.

This resulted in improved deliverability and open rates. If an email is not opened, you’re not going to get a response from it — period. So by increasing the opens, we set the foundation for achieving a higher response rate. As an example, we saw open rates go from 14% before implementing this process to 49% afterward.

An added benefit of using Outreach was that it prompted sales reps on the best time to call and leave voice messages (or not), based on a cadence that we built and improved over time.

3. A/B test throughout the entire sequence

The companies I’ve advised typically have no shortage of good ideas, but they don’t actually know what will work for a particular audience until they test it and see the actual results. So we’ve tried to implement A/B testing by having reps send different messages and keep track of what worked.

What we found was that some reps did a good job with this — but they ended up spending a lot of time manually tracking everything, and it really slowed them down. Then there was another set of reps who worked quickly, but they missed tracking every response back to each original email because it was too time intensive to manage manually.

Even when reps tracked well, it was difficult to analyze which replies came from which emails within a certain time period, and we couldn’t do an apples-to-apples comparison.

When we decided to leverage Outreach, we quickly created a wide range of sequences, so we could test messaging much more rapidly than before. This allowed us to do isolated testing of specific variables:

Outreach helped us track and compare the conversion rates for every single step in the sequence.

Most companies I advise target a couple of different personas. They all try to implement some level of personalization because they understand that when a rep takes time to personalize a message, it tends to perform much better.

The problem they kept running into was a personalization vs. scale tradeoff. The more they personalized, the less prospecting they were able to do, meaning the net results rarely paid off.

When we implemented Outreach, we fully built out cadences for three different personas, which allowed us to deliver the most relevant message for each audience.

It’s now quick and easy for reps to go assign contacts to the most appropriate sequence. We personalized at multiple levels starting with getting each individual into the right sequence for their persona. At the next level, we further personalized to include company name, role, and a different value proposition for each industry. This enabled us to get better response rates by delivering the most relevant message and value proposition to each individual.

The common theme Growth 11 has seen among teams and organizations that excel is continuous improvement — an emphasis on keeping the growth going.

They achieve this through continued testing and messaging improvements combined with fresh idea-generation and cross-team collaboration (this last piece is crucial — just testing isn’t enough). For example, by pairing your best sales reps and marketers together in a brainstorming session, you will generate lots of ideas for your testing roadmap.

The organizations I’ve seen get the best results run cycles where teams meet to generate ideas, prioritize tests into a backlog, and then systematically run champion-challenger tests to consistently improve results.

The Timing of Your Sales Outreach Matters

What is the sweet spot?

Outreach is thrilled to continue our longstanding relationship with Sales Impact Academy to bring you more inspirational sales content. 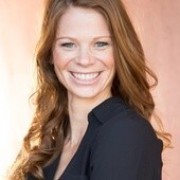