The Most Determined Group of People You've Ever Met

In early 2014, our founders found themselves short on cash and in dire need of hitting our sales goal for the company to survive. To achieve an unlikely outcome, they built themselves software to equip 3 salespeople to sell like 20. Outreach was born. 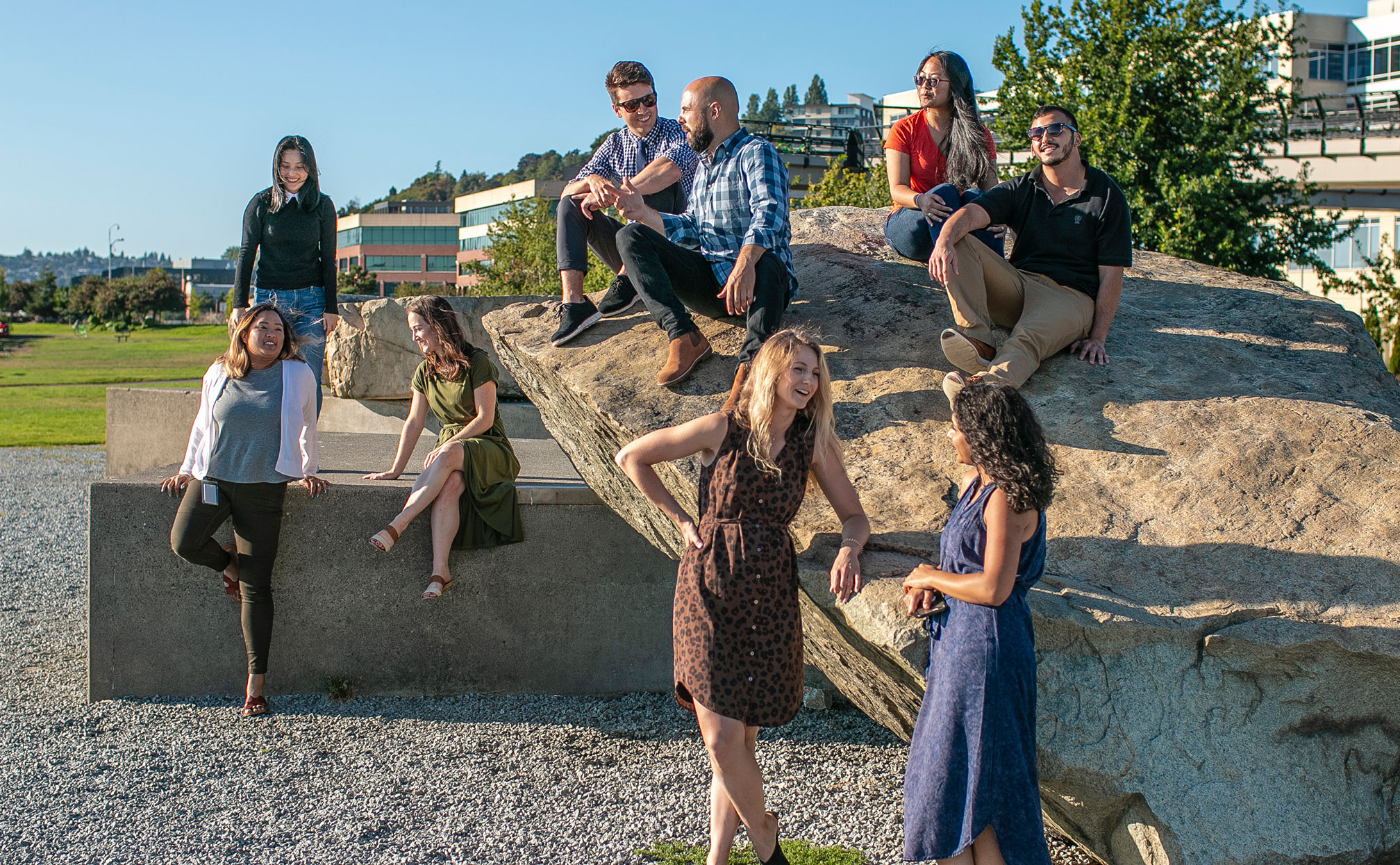 From that moment we’ve understood how technology can change the game for revenue teams. It’s what led us to believe in the power of salespeople to drive innovation. Today, we’re a determined team on a mission to change the way companies engage with their customers throughout their lifecycle.

Outreach by the Numbers

$4.4B valuation after Series G financing 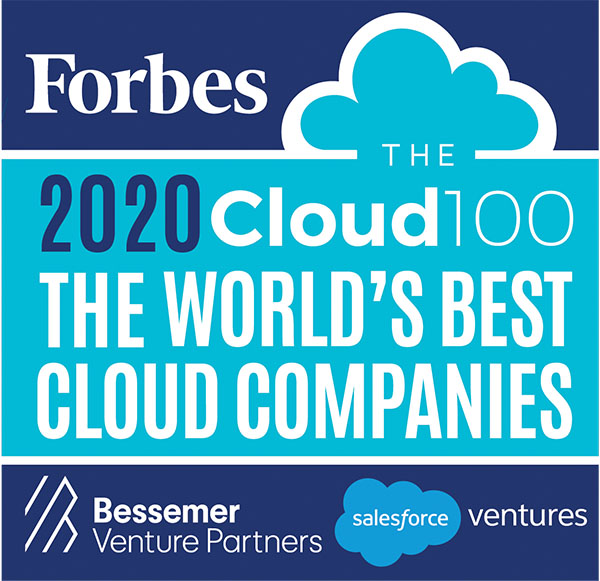 Best Place to Work in Washington

Best Large Company to work for in Seattle 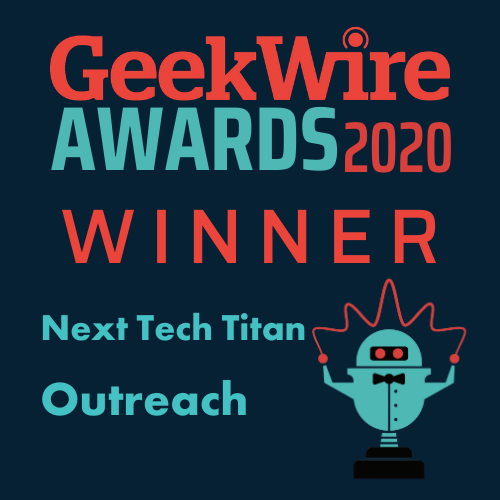 As hungry craftspeople, we’re obsessed with continuous improvement. Because we know that true champions have the will to break through walls, we have grit and perseverance. We are one with our customers, treating their pain and success as our own. We’re always honest with ourselves, our colleagues and our community.

Working at Outreach means being part of a family where we got your back, no matter what, helping you accomplish ever greater feats and celebrating with you. We take ownership — each of us is responsible for our collective success — and we expect you to represent your authentic self. We go out of our way to find different points of view that challenge our own because we find strength in diversity and inclusion. 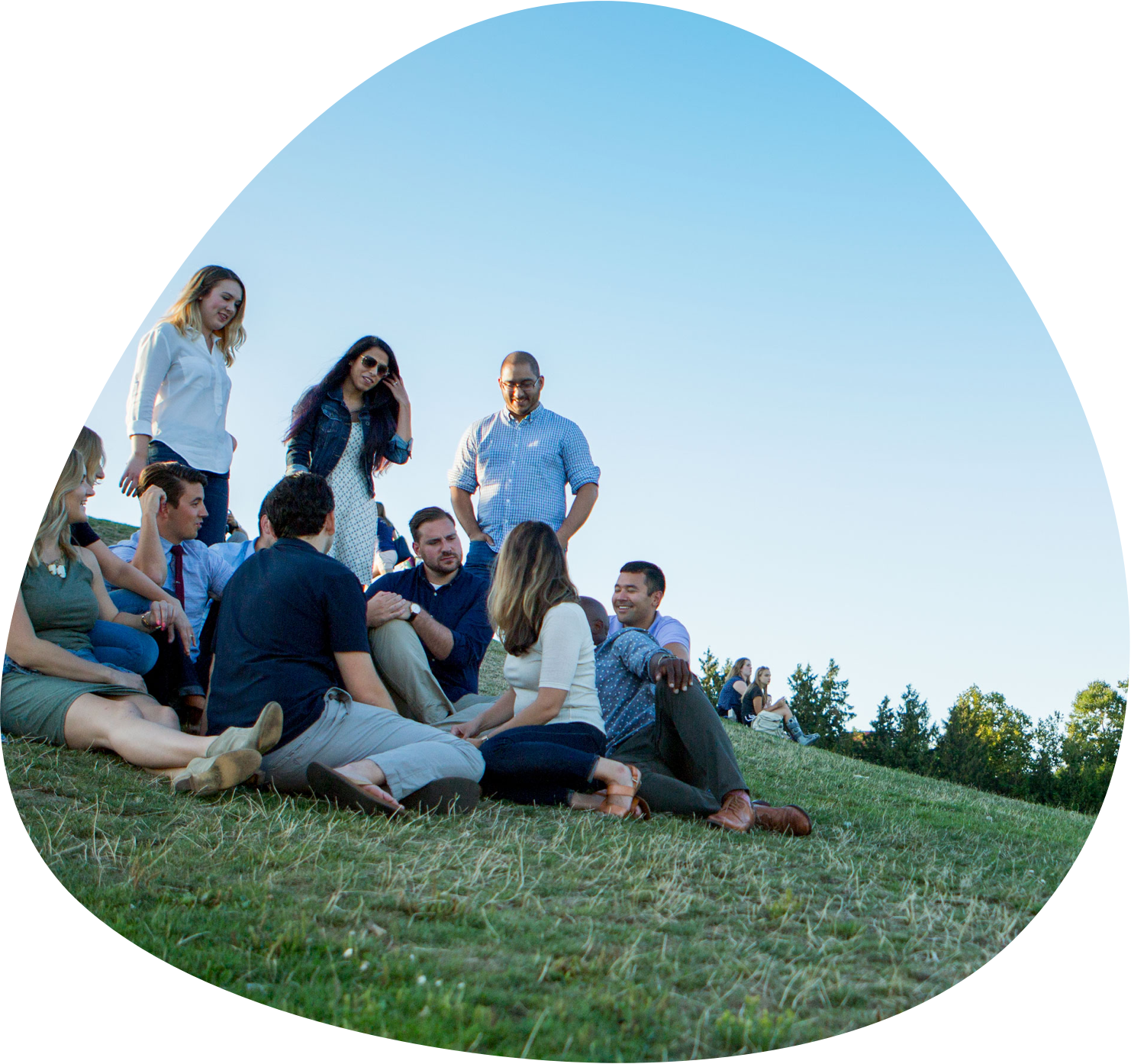 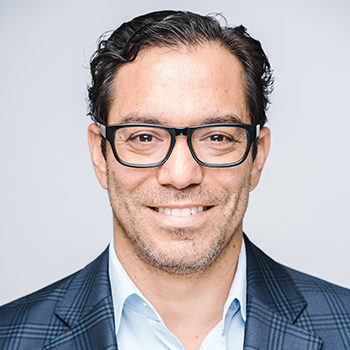 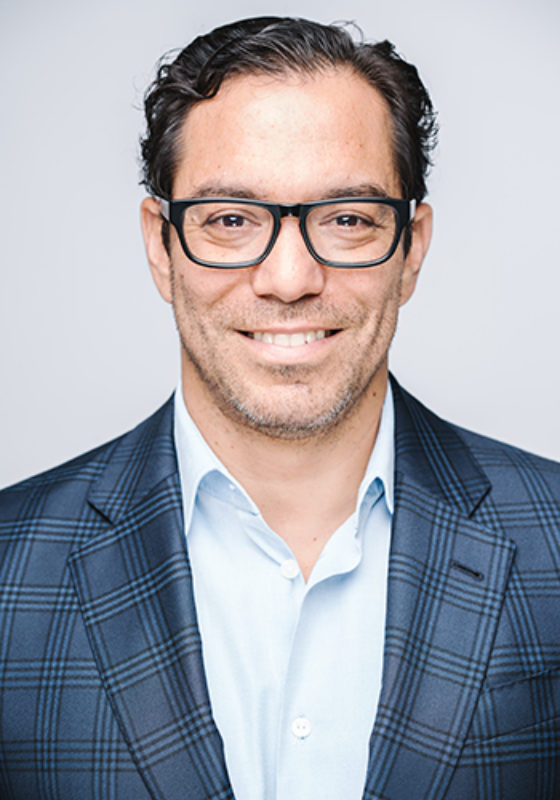 Manny co-founded Outreach in 2014 and now serves as CEO. Prior to Outreach, Manny was employee number three on Amazon’s AWS team, and led the Microsoft mobile division from launch to $50M in annual revenue. He holds an MBA from Harvard and a Masters in Computer Science from the University of Pennsylvania. Manny is a model of vulnerable and transparent leadership to his employees, from his heartfelt weekly email to his employees, to the traditional Friday get-together where the whole company shares their highs and lows of the week. He is a proponent of saving the planet by consuming less and purchasing second-hand whenever possible (he might be the only CEO to take the stage at industry events in shirts purchased from Goodwill). Manny grew up in Ecuador and now lives with his wife and four children in Seattle. 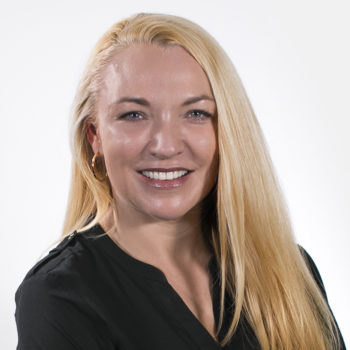 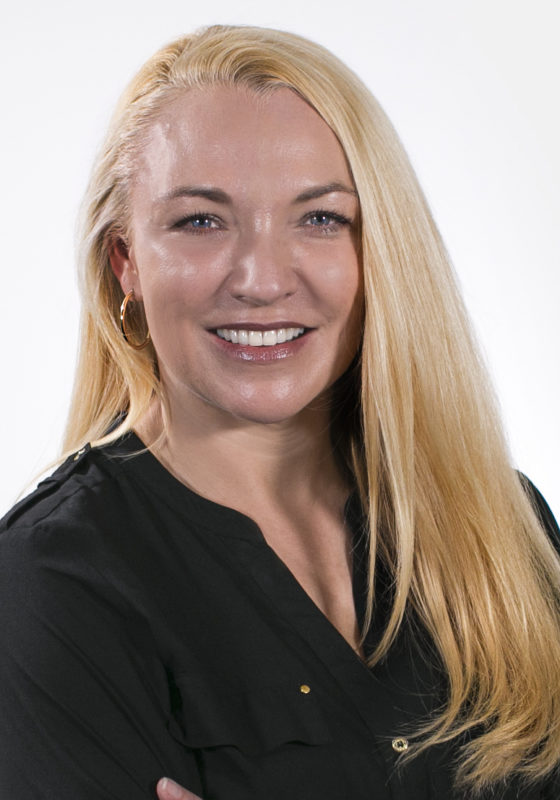 As Outreach’s CRO, Anna leads all sales and revenue operations. With a wealth of experience in finance and executive leadership, she specializes in accelerating high growth companies and has led startups through significant fundraising events. Prior to Outreach, she served as CFO of Livongo, Senior Vice President at McAfee, and Partner at KPMG. There she was the Global Lead Partner on several premier technology companies, including Google and Intuit. Anna is a CPA and is Six Sigma Green Belt certified. When she’s not crushing it in the C-suite, Anna loves to travel. She has checked off a few bucket list items, including standing at the edge of Victoria Falls in Africa, scuba diving in Fiji and skydiving in Hawaii, but she asserts she is just getting started. 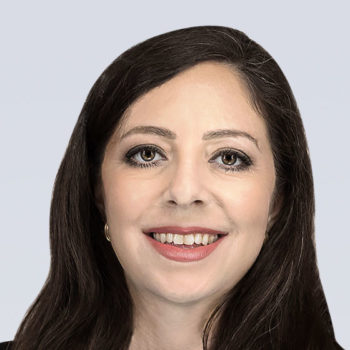 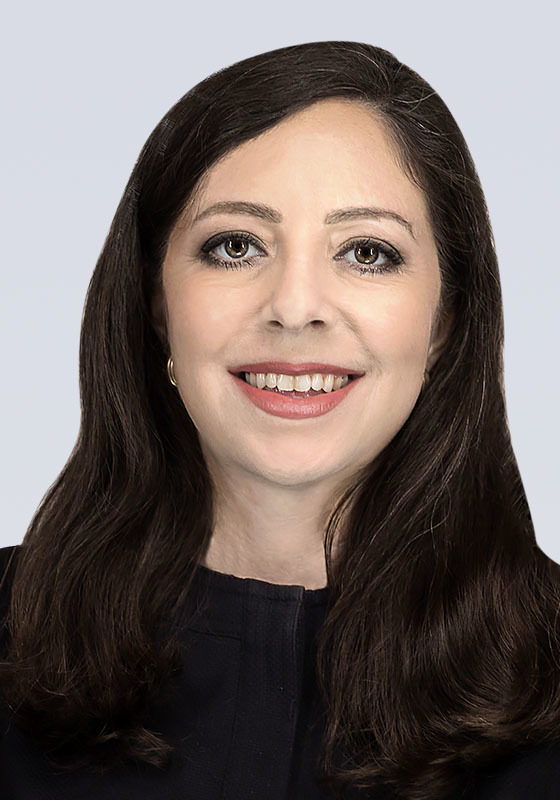 As chief financial officer, Melissa is passionate about leveraging data to build scalable processes that increase sales velocity. She joins us from Qualys, where she was responsible for scaling the financial planning & analysis, accounting, tax & treasury, sales operations, and investor relations functions as Qualys doubled to more than 1,300 employees worldwide. During her tenure, the company’s industry-leading EBITDA margins expanded to 44 percent, and its stock price increased more than 400 percent. Melissa has more than 20 years of strategic finance experience in mergers and acquisitions, corporate governance, and investment banking from her time at Goldman Sachs and Bank of America Securities advising on over $400 billion of transactions. She serves as a director on the Board of ModelN Inc., a publicly-traded leader in cloud revenue management solutions. She received a bachelor’s degree from Harvard University and a master’s degree in business administration from Harvard Business School. Outside of work, she loves the beach, fitness, Impressionist art, and exploring the beautiful Pacific Northwest. 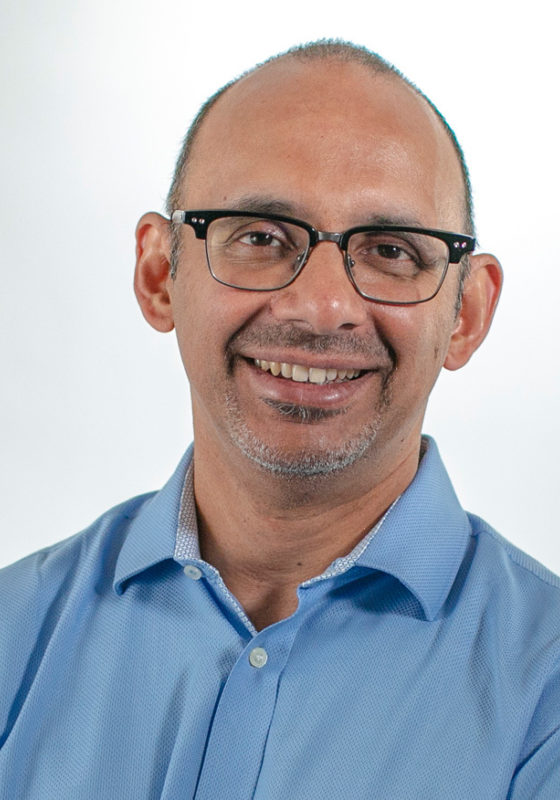 From semiconductors to enterprise software. From early stage start-ups to Microsoft and Google. Amritansh is driven for solving business problems by creating innovative technologies and engaging product experiences at all scales. He has a diverse background ranging from cloud infrastructure, operating systems, real-time networking to developer platforms, enterprise productivity and consumer communications. Right before joining Outreach Amritansh was Corporate Vice President at Microsoft, where he was responsible for Skype and oversaw all aspects of its development. Outside of work, Amritansh is passionate about fitness and healthy eating. Amritansh oversees the Engineering, Product and User Experience teams at Outreach with the goal of helping the teams scale, learn and support our mission. 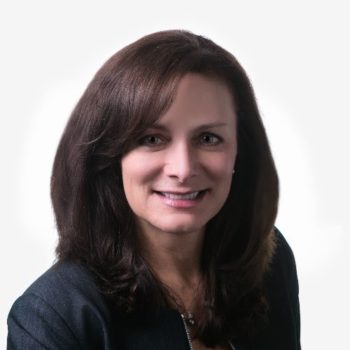 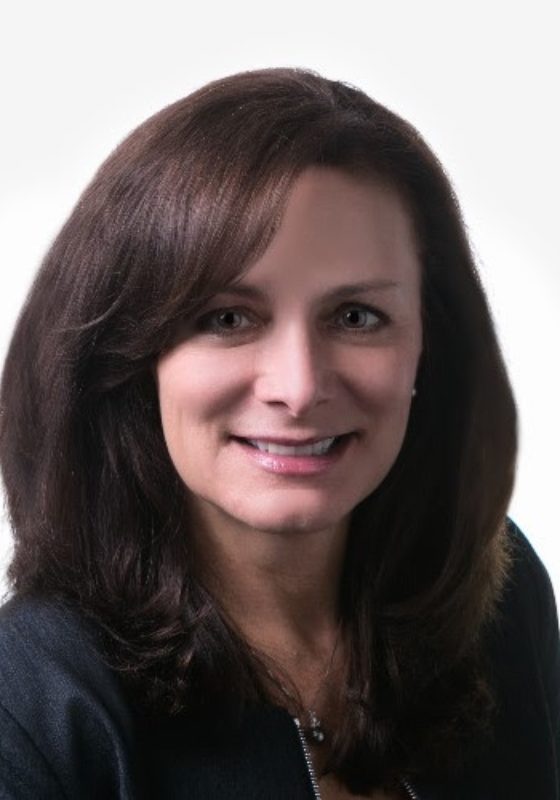 As chief people officer, Leslie has a passion for continuous learning, self-development, and having fun. Her energetic and logical approach to aligning the interest of talented people with business objectives has proven successful in scaling technology companies. Most recently, Leslie served as the Chief People Officer at Code42, where she developed strategies and practices in the areas of talent acquisition, talent development, culture and well-being, total rewards, and HR operations. Previously, she served as Chief People Officer at Datalogix and Sourcefire. She began her adventure in technology by serving as Vice President of Human Resources for Citrix Systems. Leslie loves being outdoors, especially when watching the sun rise or set on the beach. She enjoys hiking, biking, tennis and all things active. A native of Fort Lauderdale, FL, she earned her B.A. from Florida Atlantic University and holds an M.B.A from Nova Southeastern University. 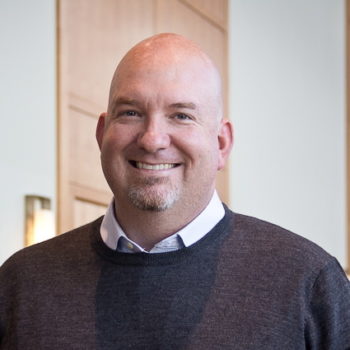 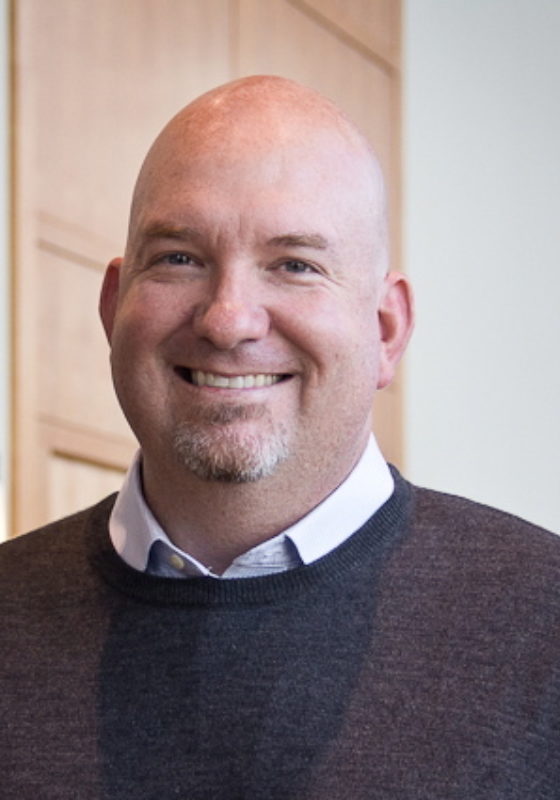 Melton leads Outreach's global team responsible for marketing strategy, including product, brand, demand generation, communications, and technology alliances. He is a seasoned software marketing leader with a strong track record of innovation, creativity, and growth acceleration. He previously led marketing for Tenable, one of the most respected brands in cybersecurity. He also served as senior vice president of marketing at New Relic and as CMO at Schoology, the edtech leader acquired by PowerSchool. Prior to that, he held a succession of marketing leadership roles for more than 10 years at Concur, a multi-billion dollar B2B SaaS company. His travels throughout his career of leading marketing teams across Europe, Asia, Australia, and Latin America have connected him with amazing and inspiring people, many of whom he counts as close friends today. 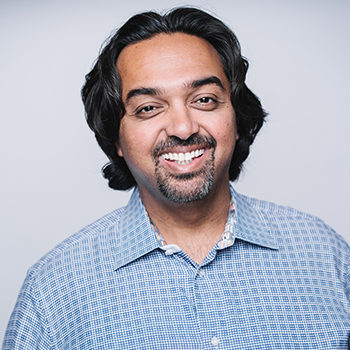 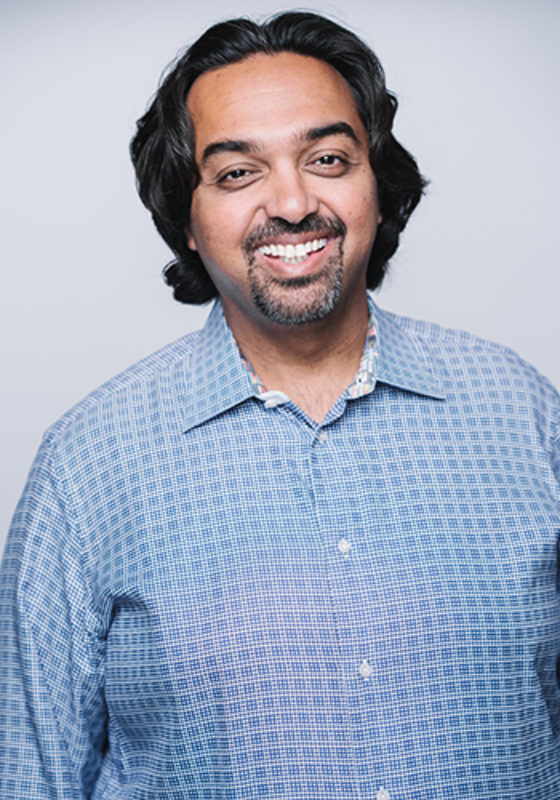 Rajeev Batra is an experienced investor and former enterprise software entrepreneur and executive. His operational experience includes working at both early-stage startups and mid-stage companies in sales, marketing, product, and technical roles. Three of these were industry-defining companies that went public and were later acquired: Siebel Systems, Scopus Technology, and Open Environment Corporation. He was also on the founding team of NetNumina Solutions, an IT consulting firm, which was acquired by Keane. He holds an MBA from Harvard Business School, a Masters in Electrical Engineering from Cornell University, and a Bachelors in Electrical Engineering from the University of Maryland at College Park, where he serves on the Board of Visitors of the A. James Clark School of Engineering. 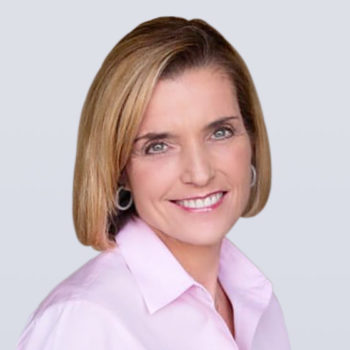 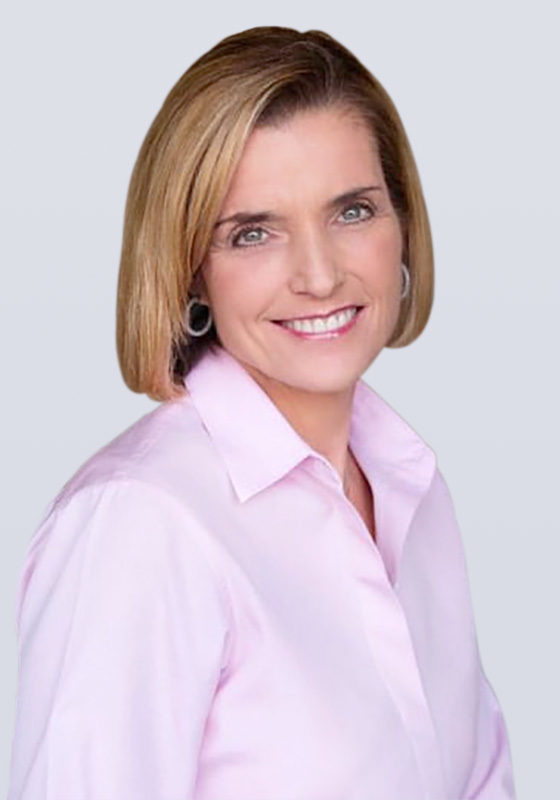 Sue Bostrom was executive vice president and chief marketing officer at Cisco Systems, where she worked for 14 years and was responsible for the company’s positioning, branding, advertising, and product marketing. She was also responsible for Cisco’s Worldwide Government Affairs and Small Business Council and was the executive sponsor of the Women’s Initiative. In addition, she built and led the Internet Business Solutions Group (IBSG), which brought vertical expertise and Internet business best practices to global Fortune 500 companies and heads of state. She has also held leadership positions at National Semiconductor and McKinsey & Company. In addition to Outreach, Sue is on the board of directors of public companies ServiceNow, Nutanix, Anaplan, and Cadence Design Systems. She serves on the private company boards of GitLab and Druva. 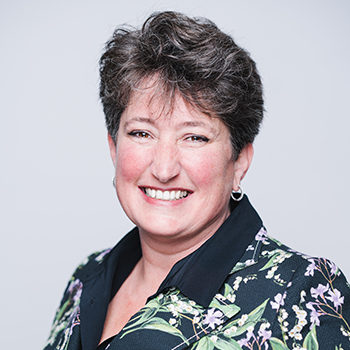 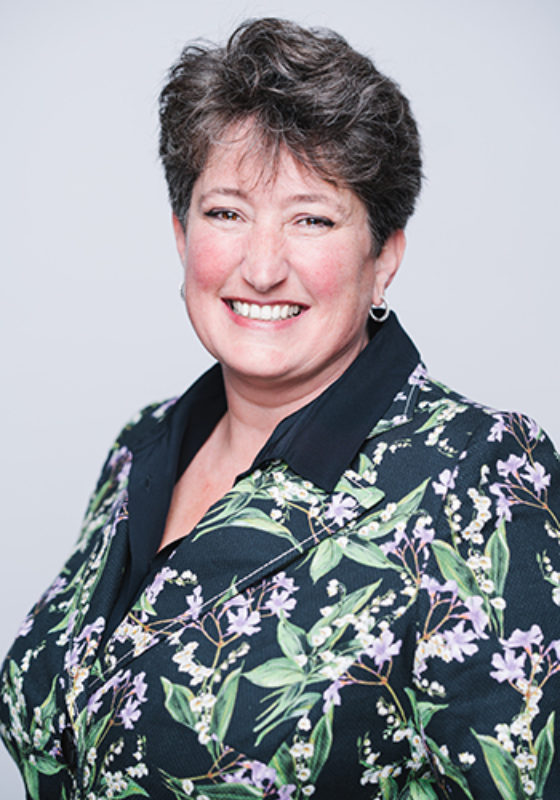 Sarah Imbach is an active angel investor and start-up advisor who is helping drive change for women in technology. Before locating to the Northwest in 2011, Sarah was an early operating executive at three of the most well-known consumer companies to come out of the valley in the last 20 years: PayPal, LinkedIn, and 23andMe. Since moving to Seattle, Sarah has shifted from running start-ups to investing in them. Sarah has made over 40 investments in early-stage companies. Her primary investing focus has been consumer, marketplaces, and Saas software companies. Sarah currently serves on seven boards and advises several other companies. 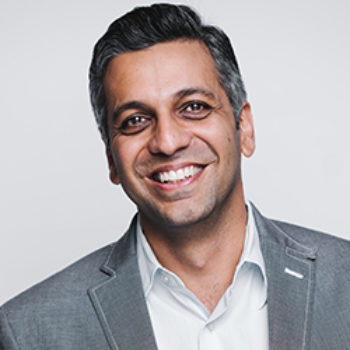 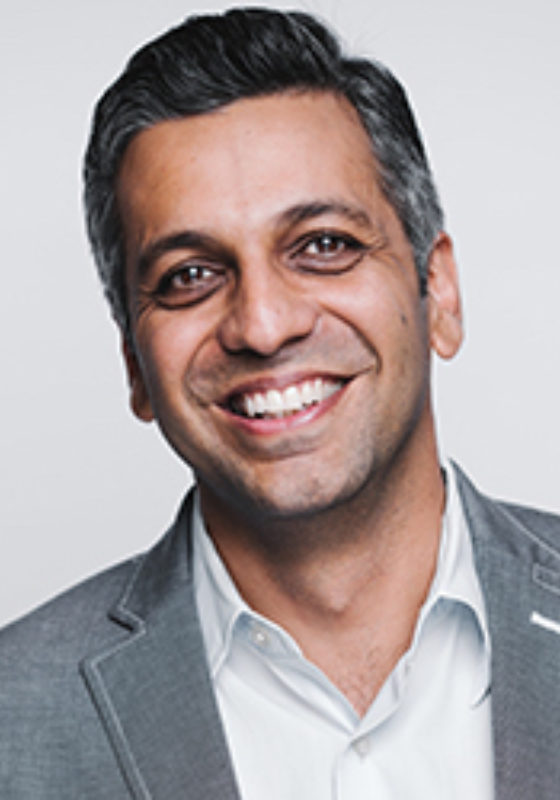 Karan Mehandru is a General Partner at Trinity Ventures, where he advocates for CEOs and supports their professional and personal development. He focuses on early-stage investments in SaaS, big data, cloud computing, and mobile startups. Karan has led Trinity’s investments in Act-On Software, Auth0, Boomerang Commerce, Cohesity, Jama Software, MileIQ (acquired by Microsoft), Preact (acquired by Spotify), RJMetrics, ScaleArc, Simply Measured, Outreach, and WayUp. He also works closely with Taulia. Prior to joining Trinity in 2010, Karan worked at Scale Venture Partners, where he focused on growth-stage investments in enterprise software, SaaS, IT infrastructure, cloud computing and related areas. He spent almost a decade earlier in his career working in operating roles such as product development, marketing and sales for startups and billion-dollar tech firms. Karan earned a Bachelor of Engineering from Carleton University in Ottawa, Canada and a Master of Management Science from Stanford University. An accomplished athlete, Canadian and Indian dual citizen, and long-time US resident, Karan brings his competitive spirit and global outlook to all of his investments as well as his philanthropic pursuits. He is on the Board of Directors of Stanford University’s DAPER Fund and is a Charter Member of C100, a non-profit supporting Canada’s innovation economy. 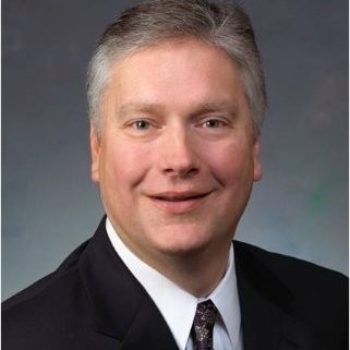 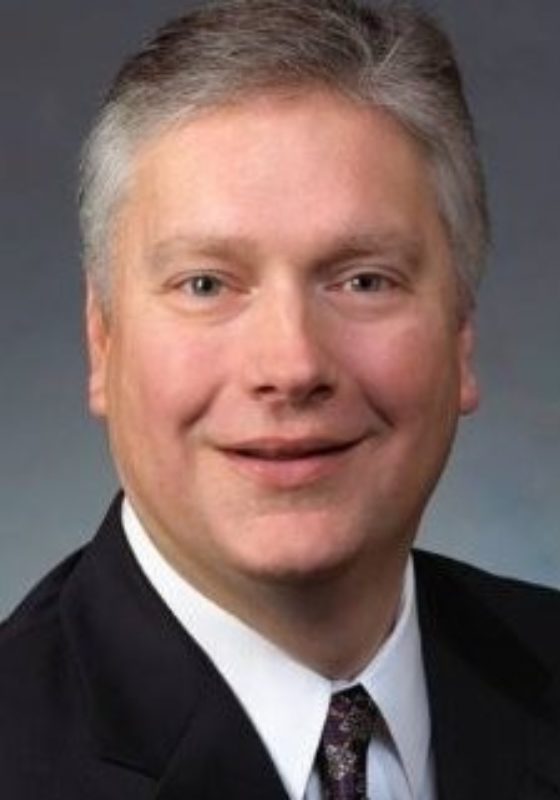 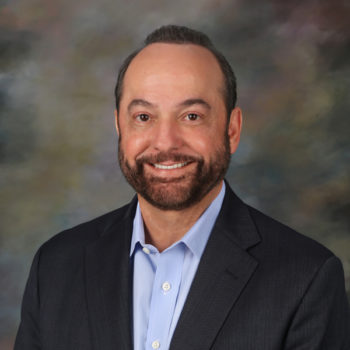 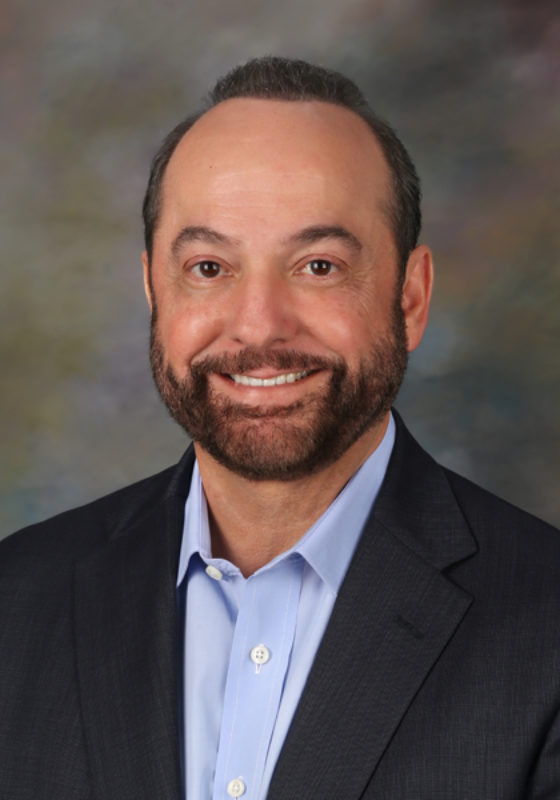 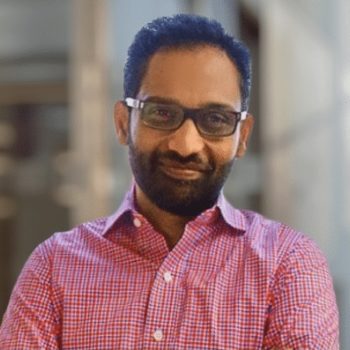 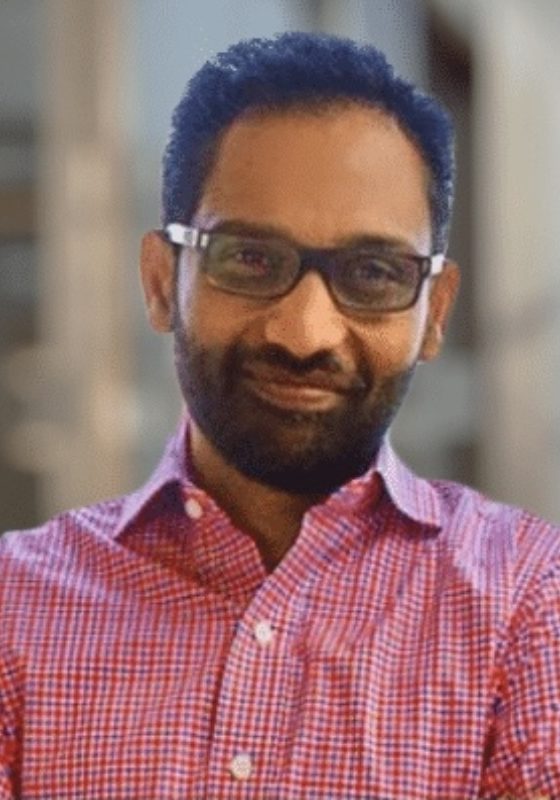