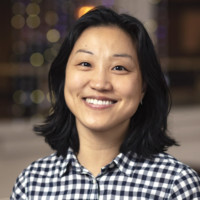 In the ever-evolving world of sales, companies are always looking for an edge to cut through the noise, and adding emojis to emails have been touted as an effective way for your sales messaging to stand out.

Swiftpage found that adding emojis to the subject line of prospecting emails could significantly increase results to a 29% boost in unique opens, 28% in click rates, and a 93% increase in click-through rates. Similarly, Experian Marketing Services said that when they used an umbrella and/or an airplane emoji in the subject line of an email newsletter, it increased open rates by more than half (56%).

Our Data Scientists were curious about these findings, so they set up a Guided A/B test to see if using emojis would improve our own reply rates.

Emojis Led to a Decrease in Replies

Combined across all seven test variations, we saw a 42% decline in reply rate when the subject line featured emojis.

The Data Science team targeted emails that were in the middle or at the end of sequence--Step 5, Step 9, Step 15, and Step 17--because reps had already tried a few different ways to get the prospect to respond before sending these emoji experiment emails.

Only one email with an emoji subject line had a positive result, but a minimal one at that: it garnered only one more reply than the same subject line that didn’t use emojis. In addition, three of the emoji subject lines actually showed a negative effect in reply rates.

The experiment was run across seven different sales sequences as the initial outreach to a cold prospect, or a second attempt to prospects who we previously tried to engage but never heard back from. The Data Science team targeted emails that were in the middle or at the end of sequence--Step 5, Step 9, Step 15, and Step 17--because reps had already tried a few different ways to get the prospect to respond before sending these emoji experiment emails.

Given the volume of available emojis, the team placed a variety of different emojis across different sequences to cover a wide area of possibilities, and get an indication of where to dig deeper, and then run more subsequent tests to further hone the experiment.

After four weeks, the test accumulated nearly 2,000 samples for each subject line. After sifting through the findings, the experiment results indicated that using emojis did not lead to an increase in reply rate for our Outreach reps.

Will Emojis Work for your Business?

Emojis didn’t work for us, but this doesn’t mean that our results will be true for you or that other companies results are wrong. However, while many articles claim that emojis advantageous, our results show that emojis do not always work, and in our case, were actually harmful.

Will emojis work for you? The only way to find out is to run an A/B test to produce trusted and actionable results.

When Should You Resume a Sequence When a Prospect Returns from OOO? 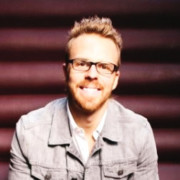