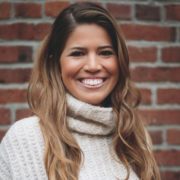 In the current economic climate, more and more sales teams are being tasked with the seemingly impossible – meet your revenue goals and close more deals without hiring more people.

For sales managers, this can be a really anxious time. You have no idea which of your team’s deals need help, which ones will close, and how to intervene sooner in deal cycles to turn things around that may have gone south.

I’ve been here. And it is by no means where anyone wants to be.

So, how should sales managers assess the health of the deals in their pipeline? Previously at Outreach, we did what many teams do: we relied on our reps’ “gut instinct” to determine whether they had a good opportunity or not. Ultimately, the opportunity was only as good as the notes the rep kept on the deal and there was no way of knowing for certain if their instincts were actually accurate.

When talking to our teams to figure out where they needed to focus their time, we almost always ended up focusing on the highest value opportunities, which, in a lot of cases, actually ended up being the least risky.

In an economic downturn, every opportunity matters. Wasting hours and hours each week manually reviewing my team’s deals to figure out which ones were at risk was not working.

There had to be a better way for us to have real visibility into progress so that we could proactively understand deal risk and gain more confidence in deal health accuracy.

Deal Health, which is part of our revenue intelligence solution, Outreach Guide, gives sales managers and reps a tool to not only identify which deals may be off track – but specific insights about what is going well, what could be better, and quick actions that enable you to get the deal back on track all in one place.

Below I’ll discuss how my sales team uses Deal Health to:

A lot of times when reps look at their opportunities, they may think, “okay great, I have some — so what’s next? Are they good? Are they bad?”

Deal Health lets my team immediately see the status of their deals. Deal Health scores deals from 0-100 based on the probability of winning that deal compared to similar deals at similar stages. Based on that score, deals are classified into three categories:

So, say a rep has a 15-minute break after a meeting and sees they have two red opportunities. Now they can use that time wisely to immediately focus their attention on these deals and move them forward, especially if they are in a later stage.

Deal Health gives you insight into which deals need more help, which ones will close, and how to intervene sooner in deal cycles to turn things around that have gone south.

In some cases, reps get a lot of opportunities that just go cold. Our reps typically waited about two weeks before closing them out. With Deal Health, they are able to look at the score and auto-close accordingly, freeing up more time to focus on higher priority deals.

Deal Health compares your deal performance to other deals in the company of the same size and stage to see if you’re really on track or not.

For example, if you have two deals worth $50,000 in stage 1, Deal Health will compare other deals of the same size and stage to see how your performance compares. You may think it’s going really poorly when in reality the deal is actually going well for that size and stage, and vice versa.

This helps reps early on in their careers avoid making mistakes based on biased judgments, and helps more experienced reps validate their work. Ultimately, reps are able to focus their time on deals more likely to close and proactively save deals that might be going south.

Trying to keep track of every one of your reps’ deals can be an incredibly time-consuming process. If you’re doing it manually, you’re spending hours and hours on extra deal inspection meetings and smashing disparate data sources into Excel sheets. At this point, you’re not even sure if the information you have is accurate.

If I have five reps who each have 20 opportunities, that’s 100 deals I need to keep track of. In Outreach, I can easily filter deals by size, close date, and at-risk deal health to prioritize which deals need my attention the most and quickly understand why they are at risk. This keeps everyone on track and covers my back as a manager.

Filter deals in the Opportunities view by size, close date, and health status to prioritize which deals need more attention and which ones are right on track.

For example, say I’m looking at a deal. I can see that we’ve engaged a couple of prospects in the last month, the close timeline is reasonable, and we haven’t pushed it out. But, we haven’t engaged any directors or above and we haven’t had any emails from our buyer this month. I no longer have to rely on my gut to know this deal isn’t going well. Our deal health model has already looked across my deals and rep activity and it knows that these are essential factors, specifically to my business. It’s also able to show me exactly how this deal stacks up against other deals of a similar size and stage.

Use actionable recommendations to guide your reps to close

Deal Health doesn’t just call out the health of your deal, but it also recommends what reps should do to save the deal with “suggested actions” in the Opportunity view.

These recommended actions minimize ambiguity and alleviate the stress of what your reps should be doing next by automatically suggesting the next three action items you should be taking.

As a manager, I’m quickly able to see if a rep is following the right steps to move their deal forward and get answers to questions like:

This way, when I do one-on-ones with my team, we can easily check in on their deal statuses and always come away from the conversion with agreed-upon strategic next steps, thanks to Outreach’s recommendations.

Save at-risk deals before it’s too late

Deal Health has been a game-changer for making sure we are always on top of our deals and save at-risk opportunities before it's too late.

And lucky for us, we use one single platform — the Outreach Sales Execution Platform — for our entire sales motion. We are able to engage prospects, guide them through the sales cycle, and commit our forecasts with confidence all within Outreach.

Learn more about how Outreach can boost rep productivity and generate more pipeline with less effort in our ebook, “The Sales Leader’s Guide to Helping Your Team Win More Deals with Less Effort Using Outreach.”

Interested in learning more about Deal Health? Request a demo to get started.

Building rapport with customers is vital to a sales team’s success. Learn how to establish meaningful relationships that boost performance and revenue. 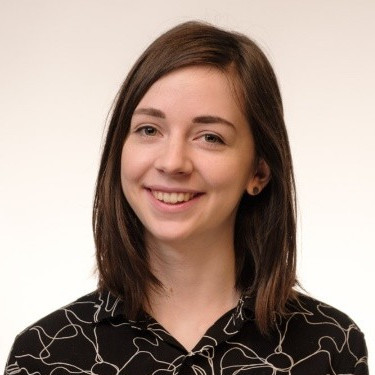