The Rise of Revenue Innovators • Oct 12 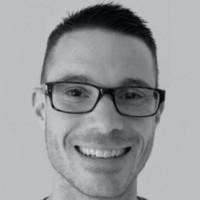 In the first post of this three-part series, I shared my first tip on how to improve your negotiation conversations with prospects. [Read that here if you missed it.] Here’s the second way we adjusted our negotiation strategy to address pricing objections.

Most pricing objections are literally a knee-jerk reaction to the beginning of the closing process.

You say: “Hey, Mr. Smith, let’s set up a time to talk about how to get your team onboard officially.”

Here is what Mr. Smith is thinking before coming up with that weak stall tactic, that lazy objection, that reflex reaction to your close….that indictment of your poor salesmanship:

Mr. Smith's thoughts (envision in a thought bubble): “Uhhhhh!! What?! We’ve been doing a trial??…wait...oh yeah. How is that going? Who is running that? I haven’t heard much. This must not be that big of a deal. Dang...I have a phone call in 5 minutes. I need to get off this call. What can I say? Why is this person throwing this in my face now? Who is this guy/gal? Since I have no idea how it’s going I can’t ask about that. I don’t want this guy/gal to ask me about it either. I know! I’ll ask him something I can control the conversation with. Hehehehehe.” End translation.

Mr. Smith says: “Ok. I’ll need to talk to a few other people first. What’s your pricing again?” Boom! He drops the mike.

He just won. You just lost. How do you know you've failed? He doesn’t ask you whether it can do this or that. He isn’t excited to set up a meeting. He isn’t asking you about how his results fit into other results you’ve seen, etc., etc. You haven’t touched the problem in an impactful way, much less fixed it. If you had, then you haven’t let anybody know and Mr. Smith is uninformed.

To really negotiate, you have to fix the problem and broadcast the fact that you have.

Check back tomorrow for my final tip on how to close the deal when a particular department is acting like a stalled cog. Do you know which department I'm talking about? Let me know at @outreach_hq.