The Crystal Ball of Sales: How To Foresee Prospect Responses 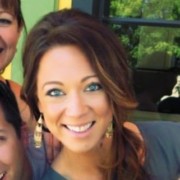 Patricia McLaren, Co-Founder and Head of Customer Operations at CopyShoppe

Do you believe in magic? How about hypnosis or fortune telling through a crystal ball? It’s all a bit whimsical, but I’ve learned there’s some psychology behind those methods - some of it could even be advantageous in your sales strategy.

Whether it happens subconsciously or not, many mind tricks are simply associated with basic human psychology. After reading “Methods of Persuasion” by Nick Kolenda, it became clear how elements of human psychology can be incorporated into cold email messaging to move conversations with prospects forward.

Why do prospects decide to meet with you? Because their emotions or basic needs are triggered by your words. Emotions tend to drive decision-making, and the information you provide helps to reinforce that decision.

So how can you drive their decisions in your favor?

Your words are in a sense, your crystal ball into the future. How and what you say to prospects can be strategically placed to generate a more favorable response. Certain words, phrases or questions can completely change a prospect’s thought pattern or generate a subconscious emotion that leads to action.

Let’s walk through a few of the psychological tactics from Kolenda’s book. You’ll see how you can implement them in your messaging today to guide more favorable responses tomorrow.

Rather than getting prospects to commit to an action (or demo) right away, mold their attitude first. We tend to run parallels between our mood and our actions, and I’m not sure prospects are in the most open-minded mood as they clear out their inbox at 4pm. Use emotional messaging and pose questions that tend to the attitude you’d like your prospects to match. You could paint scenarios or explain what life looks like after you solve their challenges. Use descriptive words that evoke the intended emotion.

Try this exercise: Brainstorm what emotion and associated attitude best matches your value prop. In other words, how do your customers feel about their problem, and how do you want them to feel after working with you? List as many adjectives as you can that best describe the emotion, and determine where in your messaging you can place them.

When you hear “door in the face,” you probably think of an annoying door-to-door salesman that rudely interrupted your dinner to talk about a product you don’t want. How frustrating!

If that salesman came back the next day pitching the same product, you would most likely ignore him. Similarly, your prospects are ignoring the same request to meet because they already made the decision to write you off yesterday.

Instead, strategically alter your calls to action (CTAs). If you begin with a seemingly aggressive ask - like blocking off one hour for a demo - they’re more likely to decline your request. If the next ask seems more realistic, they compare the two and are more likely to stay open-minded to the latter.

Testing passive and aggressive CTAs can be beneficial, and the order in which you ask them matters too.

“Let’s forget about the hour-long demo. Could we just have a 10-min intro call and see where it goes?”

… Parents, sound familiar? Your kids may ask for few cookies, and when you say no they bring the request down to one cookie. Kids are already psychology masters!

Just as you would use messaging to point your prospects toward a specific attitude, it’s important to notice where you point their attention with the use of social proof or norms. Social proof is all about using testimonials or examples to influence others to conform to the common behavior - that’s why everyone looks at online reviews before making a decision. Norms are the behaviors shaped by society that are considered to be “correct” or “accepted” conduct. Social norms and social proof influence the decisions we make as human beings, in order for us to be similar to, liked by, or accepted by those around us.

It’s helpful to use social proof and norms as emotional triggers and to drive your value home in a way that resonates with people. As humans we are naturally influenced by what others do, think and feel about us. On the flip side, it could be detrimental to point the “norms” or social proof toward the undesired action.

For example, a potentially detrimental phrase would be: “Reports show an alarming number of sales reps abuse company property. Their activity should be monitored.”

The social norm you’re bringing front and center is the negative behavior of the sales reps. Instead, try to direct the norm to your desired outcome:

For example: “Reports show that most sales reps respect company property when they know they’re being monitored.”

Slight shifts in messaging in the direction of your desired outcome can make a big difference in the way your prospects receive it. It’s another reason to avoid sentences like, “I know you get thousands of cold emails like this” or “I’ll get this over with.” Prospects associate a negative emotion with those fluffy phrases, so it’s best to omit them altogether. Optimism for the win!

Exercise: Look at your messaging now for any opportunity to shift directed attention. If you focus on a challenge or problem, how can you change the verbiage to highlight the desired outcome instead of the problem itself?

Your words matter. They allow you to predict behavior and lead prospects down a decision path already carved out. Make sure your messaging is thoughtful and strategic, always built with the desired next steps and actions in mind. Give them a crystal clear path using crystal clear words!

If you want our writers to gaze at your messaging and optimize your Outreach sequences, contact CopyShoppe today.

Peer into the future of B2B Sales

"Just Checking In" - Does It Actually Work? 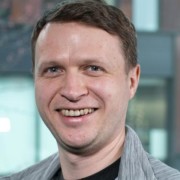