How to Build a Successful Environment for Sales Organizations 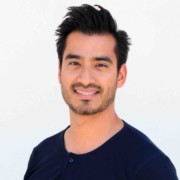 Here’s a riddle for you: The majority of leaders never think about it. It’s often not even an afterthought and most don’t know it exists. Yet it’s one of the most powerful things a leader can create so that his or her team outperforms the competition.

The number one thing that’s missing from most organizations is environment. The environment that you as a leader create for your team shapes and defines its continued success or ultimate failure.

If you look at any person anywhere in the world, there are inputs and influences that help shape and define who they become. A person raised in a war-torn city versus someone who’s raised in a safe and peaceful place with every opportunity available to them will likely become very different types of people.

So how does this apply to businesses and, more specifically, Sales Development teams within those companies? Simple — the environment that you create for your SDR team, to step into on day one and work inside each subsequent day, will define the type of salespeople, and future leaders, they will become.

Ego vs. the True Leader

This may not be proper, and I definitely won’t make any friends by saying this, but I’ve worked for many CEOs in my career and, unfortunately, most of them were not good. I won’t name names, but they are the perfect example of how ego and pride can take a company and team with so much potential and burn it to the ground. I’ve been a part of toxic environments where I’m left not trusting anything or anyone, where all my creativity is sapped, and I operate in a state of pure survival.

That type of environment will make you want to call in sick permanently.

So how do you define and create winning environments that build up sales teams rather than tear them down? There will always be ego and pride in business, so how do we create environment frameworks, processes and ideologies that are independent of leadership so that no matter who is in charge, teams can continue to thrive and drive success?

There are two leaders for whom I have a lot of respect; who are amazing human beings; and who, just the by nature of who they are, have created incredible environments for their teams.

To help us all understand how to replicate what they inherently do, I asked them this question: “How do you create environments that produce healthy and successful teams that can operate independent of you?”

Steven rose from being an Account Development Manager to a Director of Inside Sales to now the Director of Global Business Operations for one of the fastest growing tech companies, Mulesoft.

Steven has spent years building and molding some of the company’s top teams and new leaders. Here’s what Steven does to build supportive environments that transcend himself:

In my experience – working as a Sniper Team Leader in an Army Special Operations unit, and working at a hyper-growth tech company – creating a high-performance environment is a function of leaders having an absolutely, unwavering, even incessant focus on only bringing aboard the absolute best people possible.

That's the reason that Special Operations units, like the 75th Ranger Regiment – where personally, I cut my teeth – and units like the Navy SEALs, put so much weight on ensuring that the assessment and selection processes that they run filter out absolutely anyone and everyone who isn't completely physically, emotionally, or psychologically equipped to deal with the high-risk, high-stakes, dynamic environment that Special Operations units tend to operate in.

For Steven, building a high-performing team starts with having a hiring process that attracts, assesses, selects, and hires the best people possible. In our conversation, he said that if you select only the absolute top talent, it doesn't matter if the company you're working at has less process in place than similar teams. Your team will still outperform teams with every tool and process imaginable that don't hire well.

It is the people you bring in that foster and promote an environment that creates and breeds success.

Ralph has been leading teams at companies like InsideView, Achievers (acquired by Blackhawk Network) and more recently ServiceNow as their Senior Director of Global Sales Development. I admire and respect Ralph as he has mentored me on many occasions during my career.

Here is how he builds environments that transcend a single leader:

People go where they’re celebrated, not tolerated. This doesn’t mean streamers fall from the ceiling each time you enter the office. It does, however, mean you’re paid what you’re worth, paid on time, treated with dignity and respect, met by trustworthy colleagues and collaborators, and your great work is recognized and acknowledged.

It’s the job of leaders to cultivate an environment that inspires, or pulls, the team toward the goals versus pushes them. It’s why leaders must consistently lead by example, illustrate high standards (like integrity, humility, execution, and accountability), and shed light. The example becomes an infectious benchmark for the team to work from.

Each member of the team must know the difference between being on a team and being a team - and have each other’s backs. Each of us needs all of us and all of us need each of us. When everyone is clear on that philosophy, you’ve got an environment filled with A-players.

Here are examples of how I develop winning environments:

For Ralph, the focus on spreading and holding high standards of integrity, humility, execution, and accountability across his team is the fundamental foundation for creating successful environments.

Environment is a subtle yet powerful force that starts with, and is derived from, our own mindset and belief systems as leaders. Every single person, and I mean every single person, is capable of greatness. You as a leader are responsible for helping each one of your people realize their potential.

Below, I outline a few of my own ideas and beliefs that I’ve implemented in my teams:

Context defines everything. It is the decisive factor for how you view your team and create powerful environments.

If you think your team consists of nothing more than spoiled, entitled millennials who are slackers, guess what? You’ll develop an environment where this is true.

Now, if the context of your team is that they are creative, outside-the-box thinkers who have a different view on the world, than you’ll have an environment that is full of possibility.

Create an environment where the context is “anything is possible” and hold them accountable to this belief.

As a manager, what are you responsible for? You should be 100% responsible for the success and failure of your team. If someone blows through their quota or another misses it completely, you take on responsibility for both. Taking on this level of ownership opens your mind to new ways of thinking and acting as a leader.

On the other side, teach your team to also be 100% responsible for their own success and failure. Build the mindset that they have no one else to congratulate or blame but themselves.

Imagine the amazing dynamic you will have if you and each member of your team takes ownership of their work.

The Barrier of Belief

There’s a great quote in one of my favorite books, Extreme Ownership by Jocko Willink, where he says “There’s no such thing as bad teams, only bad leaders.”

Your own “belief barrier” for what you and your team are capable of will cap them or help them fly. If your own belief barriers are low and limiting, they will bleed into the team. Up your barrier and encourage your team do the same.

I invite you to explore and challenge these ideas with me. The intent was not to tell you exactly how to build an environment (I don’t know if there’s just one way what works). My intention was to bring this to the forefront and make you aware that a healthy environment is powerful yet is oftentimes overlooked.

I also invite you to look at your team’s current environment and be brutally honest with yourself. Is it a powerful one that pulls the best from your people or are there elements you could adjust and improve?

Now go create a great environment for your team.

Ready to see our platform in action? 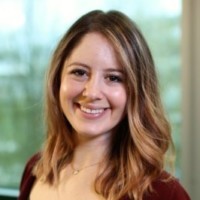