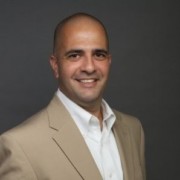 Outreach Helped Me Sell Like a Neighbor—From 1,000 Miles Away

At my last job—that is, before I became such an Outreach fan that I joined the company—mine spread from Texas to Florida. That’s a lot of miles (1,300 to be exact), and a lot of time on the road, far from a desk and a cubicle, with my phone and a generic hotel room as my most constant companions.

I was in my early 40s then, and the company I worked for was hungry to grow its business, grassroots style. That meant generating more leads, doing more demos, and signing more contracts. More, more, more. Waiting around for prospects to fall into my lap wasn’t an option—especially not if I wanted to compete with the “techie millennials”. In 2016, we started using Outreach, and it transformed the way I worked as a salesperson, and completely for the better.

Here are four of the biggest ways Outreach helped me manage my sprawling territory successfully.

1. Get More Sales Meetings (And, in Turn, Land More Deals)

Even with all the amazing communication technology available, nothing will ever replace the face-to-face meeting as far as I’m concerned. That’s because I’ve consistently found that prospects are two to three times more likely to take a meeting if I let them know I’m in town. The likelihood of cancellations plummets, too. And it’s not just taking meetings—if I could get facetime to offer a demo or negotiate, I was far more likely to win. So two weeks before I hit the road, I’d enroll prospects into one of three sequences:

By the time I was in town—and these sequences had run for a couple of weeks—I’d have 5 to 10 meetings scheduled before my plane even touched down. Being able to meet the decision-makers and read the non-verbal cues in the room leads to stronger, better relationships—and also a 15 to 20 percent better close rate compared to when I couldn’t meet people face-to-face.

Ah, the sponsored booth life: You probably know it well—hammered with walk-ups during session breaks, and then scrambling (solo) to figure out how to handle all those leads. During a trade show, I’d sometimes meet 50 people in just 10 minutes.

That’s a lot of business cards—which is good, but can also be overwhelming. With Outreach, I used the time when people were back in sessions to add contacts and put them in a holdover sequence. I could do it in 30 seconds flat (so much faster than with Salesforce), then set a task to log the full details once I was back in the office.

In my last role, traveling all over the South on an endless rotation, I was responsible—along with my sales development rep—for 30 demos each month, or basically one each day. When we switched from using blanket messages to persona-based messaging it was a revelation. The response rate was just so much better, which we could clearly see from using Outreach.

Here’s the approach I used: I’d match personas with the right marketing message. Once I had my persona sequence in place, I cloned it for each city I’d be hitting up.  (Remember, face-to-face meetings were a proven win, so I wanted as many as possible.)

Along with a relevant case study, I’d add in a current event to make the message timely. For example, when traveling to Austin I would comment, “I’m sure you’re gearing up for SXSW. If you aren’t too booked in February, I’ll be in town the week of February 9th, and would love to meet up.”

Running these sequences beforehand would generate a healthy, full calendar of meetings. Then, I’d look at my Outreach 360 view to see who was engaging with emails and book meetings during the gaps.

Dallas? Austin? Houston? Raleigh? When you’re on the road, you reach a level of exhaustion where it’s hard to remember what city you’re in. And on a day when you have three face-to-face meetings in a row, energy can dip.

If you only have 10 minutes to check your email, you want to make it really count. I’d use templates and snippets to reply to a handful of meetings in mere minutes. That allowed me to provide a full answer in situations where I had a template in place or send a “I’ll respond soon” holdover message for more unique situations.

If you’ve got a field sales role, where every minute is precious, and you need to use all your time efficiently and effectively, it’s hard to overstate Outreach’s power in helping you perform your job successfully. 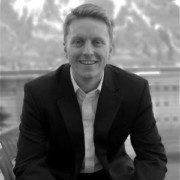