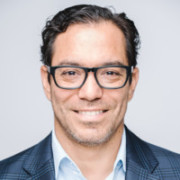 It took 15 years after the murder of Dr. King for our country to recognize his activism, relentless work, and leadership by making Martin Luther King Jr. Day a federal holiday.

And in those fifteen years, it was a struggle--not for the idea to take shape but to drown out the vociferous voices who opposed honoring Dr. King. Four days after he was murdered, Democratic Congressman John Conyers from Michigan, passionately outlined to Congress why the late reverend deserved a national holiday, but no one was willing to publicly co-sign with Rep. Conyers.

As history unfolded, the country proved itself to be frozen with racial injustice. Year after year after year, the people’s elected Senators and Representatives stalled the bill, often refusing to even bring it to the floor, let alone debate it.

It was the people and their voices who kept the bill alive, and in 1982, Coretta Scott King and musician Stevie Wonder presented more than six million signatures of people asking Congress to act. The bill was sponsored by Representative Katie Hall, the first Black woman from Indiana to be elected to the US House of Representatives, and the bill was finally passed and signed into law by then-President Reagan in 1983. However, 22 US Senators still voted no to making Martin Luther King Day Jr. a federal holiday, and some states refused to acknowledge MLK Day as a holiday at all, or grouped the day together by also celebrating Confederate leaders such as Confederate General Robert E. Lee. Even as late as 2000, there was still one state that didn’t honor MLK Day.

I was thinking about those 22 officials the other day, as well as the State leaders who didn’t recognize MLK Day. I wondered, If asked now, would they still believe they were on the right side of history? Or would they acknowledge simply that they were wrong?

Part of that work involves taking to the streets, learning, and honoring the legacies of this country’s past. Juneteenth (also known as Freedom Day, Black Fourth of July, Jubilee Day, Cel-Liberation Day) is the oldest nationally celebrated commemoration of the ending of slavery in the United States. Although it is not recognized as a federal holiday, I believe it should be recognized and celebrated.

In honor of Juneteenth, on Friday, June 19th, Outreach will be closing our doors to observe this day. I have encouraged my team to use this holiday to celebrate, participate in a march, volunteer, and most important to this moment: understand that while slavery legally ended, the racial injustices against Black lives have continued into the present day, most vividly and violently with the murders of George Floyd and Breonna Taylor, as well as other Black lives who were taken from their family, friends, and loved ones.

I am personally committed to learning more about how to fight racial injustice and analyzing how power and structural racism got this country--that I love and that I immigrated to--to where we are today, as well as my own role in upholding it. This is a priority for me and a priority for us as a company: inaction is not an option. As the signs said that I saw when I took our three-year old daughter to the Capitol Hill protests: Silence = Violence.

Take a stand and encourage your staff to do the same. We are stronger together.

“Protest is not the end of progress, it is the beginning ... I believe in us. Change is gonna come.” -Lizzo 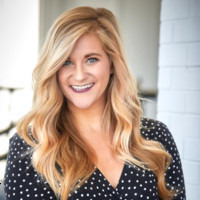