It’s Time For B2B Brands To Move Beyond The Rainbow 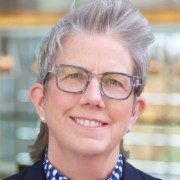 The queer community needs more than rainbow logos, parade floats, and corporate sponsorships. We need B2B brands committed to creating welcoming and safe workplaces for all.

Civil liberties are under threat

The Supreme Court’s majority opinion to repeal the landmark decision made in the 1973 Roe v. Wade (Roe) case has serious implications for the LGBTQIA+ community, as it sets the stage for other civil rights to be rescinded. Since the Roe ruling, women, non-binary, and trans people in the United States (U.S.) have had the right to choose when it comes to abortion. Repealing rights important to these folks, especially those in marginalized communities, brings a legitimate fear that other cases granting rights to vulnerable groups will also be rolled back. In the majority opinion, Justice Alito posits that section 1 of the 14th amendment only protects rights “deeply rooted in this nation’s history.” This legal reasoning threatens the liberties of various groups of people across the country.

All of these decisions hinge on many of the same legal pillars Roe did; including, but not limited to, Section 1 of the 14th Amendment which prohibits any state from “abridging the privileges or immunities of any citizen of the United States,” and the 4th Amendment which ensures an individual’s right to privacy. Additionally, the Griswold, Obergefell, and Lawrence cases depend on the legal doctrine of “substantive due process” which allows the Supreme Court to protect rights not enumerated in the Constitution.

In Justice Clarence Thomas’ concurring opinion, he stated the substantive due process doctrine was erroneous and that the court has an obligation to revisit all cases in which it was used to justify federal protections. With Roe overturned and Justice Thomas’s signal of intent to overrule previous cases based on substantive due process, the civil rights of many people who depend on the same legal reasoning are in peril.

Few groups are more disproportionately affected than the trans community. Trans men who become pregnant could be forced to carry out births they don’t want while those seeking gender affirming care will likely have diminished access to important healthcare as Planned Parenthood services in states impacted by the Roe repeal shut down.

Corporations can take a stand

As civil rights are targeted in the U.S., corporations may be the last stop gap for vulnerable populations, including those within the LGBTQIA+ community. While consumer brands like Ben & Jerry’s, Starbucks, and Patagonia, have historically led the charge taking a stance and initiating dialogue with their customers on social issues, B2B companies have historically side-stepped these topics. Thankfully top-tier tech companies like Salesforce, Microsoft, and Outreach have set the gold standard for B2B brands by speaking and acting when our government falls short.

In response to the 2015 Religious Freedom Restoration Act (Indiana), which made it legal for Indiana business owners to deny service to members of the queer community on religious grounds, Salesforce’s CEO, Marc Benioff, quickly provided employees who didn’t feel comfortable living and working in Indiana with a generous relocation package, while pledging to reduce Salesforce’s investments in the state. In January of 2020, Microsoft stated that “the scientific consensus is clear,” and committed to making the company carbon negative by 2030.

Most recently in response to the June 24th repeal of Roe, Outreach’s CEO, Manny Medina reiterated to employees that “Outreach will always have your back.” The company then committed to cover travel, meals, and lodging expenses for employees and their enrolled dependents, impacted by these legislative changes.

The B2B industry is estimated to account for $6.7 trillion in revenue in the U.S, and the contributions these companies make to the national economy give them massive platforms to influence policy and direct national conversations. With the American two-party political system in gridlock and the legitmacy of the Supreme Court called into question, queer and other vulnerable citizens will continue to see the erosion of their civil rights. With these dynamics fully in play, all types of corporate employees will look to their companies to step up and meet the moment.

To those who say we should keep business and politics separate, the 2010 Citizens United v. Federal Election Commission decision that allows corporations to spend as much as they want to influence the populace to vote for or against political candidates has blurred that line. In 2021 alone, this ruling enabled 25 of the world's leading B2B brands to contribute more than a combined $13M to support anti-LGBTQIA+ politicians.

While doing the right thing sometimes comes at a cost, there is a growing business case for B2B companies to be transparent about their values. In a commissioned Forrester Consulting study conducted on behalf of Outreach, 72% of respondents said they would reconsider a purchase if the supplier’s values did not align with their own. In that same survey, 45% of respondents stated that the importance of a values-based experience in the buying journey has increased in the last 24 months. The research shows buyers want to know where their business partners stand on social issues.

Now is the time for leaders to speak up

For me, Pride month is a time for reflection. Amid these turbulent times, I am so proud to work at Outreach. I am grateful for our CEO, Manny Medina, who shares his views and values as well as what Outreach stands for in various business forums. The role of the modern CEO is more complex today than it was in the past. Prescient as always, Benioff anticipated this shift as early as 2015 when he said, “One thing you’re seeing is that there is a third (political) party emerging in this country, which is the party of CEOs.”

When confronted with politically polarizing issues, some CEOs and companies have remained silent. As partisan courts gnaw away at the rights many American citizens have come to rely on, and our legislative branch is unable to take a definitive stand to protect them, we need CEOs of B2B brands to use their platform to protect all of their employees.

We’re in an era where the queer community needs more than rainbow logos, parade floats, and corporate sponsorships. We need B2B brands committed to creating welcoming and safe workplaces for all. That means establishing inclusive policies and ensuring that diversity of thought and representation is visible and heard at all levels of the company. Diversity, Equity, and Inclusion education like unconscious bias training can set the tone for seismic affirming shifts in a company's culture. When leadership changes its behaviors and policies, a ripple of positive business and cultural outcomes flows across the organization.

If Benioff’s vision of the modern CEO — a leader who uses both their hard and soft capital to impact the national dialogue and protect the civil rights of their employees — is accurate, then I suggest we look to him and Manny Medina as strong examples of how to use our B2B status as agents of real change.

Illuminating Data: How to Light Up Revenue in the Dark Funnel

Take a closer look at how understanding today’s buyers — and the data collected about them — can help sellers win more deals. 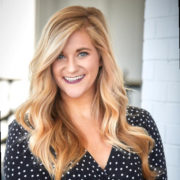